I spent a week longboarding 180 miles along US-36 from Atwood to Belleville, Kansas. The trip was my first multi-day skate. It is not exceptional for its length or speed but it was a blast.

Traveling 100+ miles on a longboard with a 20 lb pack is somewhat of a fringe sport but epic trips have been completed. My trip started with some vague ideas and evolved over time. The original plan was a north-to-south trek across Kansas with a friend. He bailed because he seemed to think earning money and feeding his family was more important than a self-absorbed adventure through Kansas (his loss). Traveling alone, I was uncomfortable with a gonzo minimally planned trip involving stealth camping in sunflower fields so I started planning.

My neighbor suggested US-36. This highway is a straight east-west transect through Northern Kansas with small towns spaced about every 30 miles. US-36 is a suggested bike route through Kansas because it is relatively low traffic and has a decent shoulder for some parts. The website Kansas Cyclist has suggestions for places to camp and google maps is a good resource for motels. I’m new to this but some might find my gear list useful.

Given the section of US-36 I skated, I highly recommend this route for a skate trek. Most of the road supports average speeds of +/- 10 miles-per-hour and the town spacing provides nice open road stretches with attainable distances between motels and/or designated camping sites removing the necessity for camping “in the wild”.

Before leaving, I was told that Kansas was so flat you could watch your dog run away for two days. This is not true for US-36. The highway consists of rolling hills and days with +/- 1000 foot elevation changes. The hills, however, made skating more fun. The grade was never steep enough to require excessive foot breaking and the repeated uphill pushing followed by down hill runs was enjoyable. My top speed was 30 mph which is in my comfort zone.

The road surface was not ideal for the entire trip but it was skateable. The sections of chip seal were well compacted and smooth enough. In areas where the shoulder was rough, traffic was sufficiently light to skate the road where it has been smooth by traffic. The rumble strips were annoying but I could skate over them at moderate speeds and cross from the open road to the shoulder.

The limiting factor for me on this trip was the heat that reached high 90’s in the afternoon. I did not want to be physically taxed while skating next to semi trucks passing at 60 mph so I only skated in the morning when temperatures were below 90 degrees. This limited my skating to under ~40 miles per day. Skating at this level, I felt safer on my board than I would have on a bike because on a longboard it is easy to bail off the road when you see a truck approaching with a yellow “WIDE LOAD” sign strapped across its front. Others likely would skate further but that is a personal choice.

Today I panicked over some rain in the morning but it cleared in about 30 minutes and then the roads where smooth. This section is very skateable.  The shoulder is thin in some regions but the smooth road made it possible to skate at a ~10 mph pace. More loose rocks than the first legs but not too bad. Winds were from the south like they had been for the majority of the trip.

Skating into Belleville there was a downhill stretch which made a victorious end to a long trip. At the end of the hill I pulled into the DQ Grill & Chill and sat at a table outside to rest. The manager came out and said I could come in and fill my water. I must have looked worse than I felt.

Belleville is a picturesque small town larger than most I visited with a more extensive downtown. Belleville is in revival state with some modern shops and a recently updated movie theater.

This was my last day skating so after arriving I started asking people how to get a ride back towards my car in Atwood. The girl at the coffee shop introduced me to Luke, an economic developer for Republic County. He took several hours out of his day and gave me a tour of the area and went over some of its history.Luke brought me by the Paul Boyer Museum of Animated Carvings just north of downtown. This was an incredible little museum filled with a few dozen animated sculptures created by Paul Boyer. This museum is well worth a look should you find yourself near Belleville. He then drove me through his home town of Courtland, population 350. He described the benefits of small town education. Class sizes of 12 assure personal attention and the dropout rate is close to zero. A large percentage of the kids go to college creating a drain on the population because specialized jobs are hard to find in this area. He felt lucky to be able to come back after college and get challenging work in his hometown. He showed me a swath of mangled trees, victims of a recent tornado. The tornado also destroyed a farm house. The owners were out of town and when they returned there were 100 people combing the area for their possessions and tarping the half destroyed roof.Luke was mystified by the focus of so many visitors on “rural decay”. I’m sure as an economic developer, rural decay is his nemesis. Sorry Luke, I still find the silhouette of an abandon farm house on the horizon beautiful. But I do have a much greater appreciation for the benefits of a rural life.He dropped me back at the Crest-vue motel in Mankato close to dinner time and I started asking around about hiring a ride back to my car in Atwood with no takers. After stuffing my face at the Buffalo Roam Steak House’s all you can eat buffet, the owner/manager of the motel asked me if I had any luck getting ride. I said no and that I was going to hitchhike back in the morning. I was not too worried about making progress west because I has been offered five unsolicited rides during my trip. Then she said her husband would give me a ride. A ride all the way back to my car 150 miles to the west. Try getting that kind of help at a Hilton, fat chance. If you are traveling down US-36 please stay at the Crest-vue and let them know that skateboard guy suggested you stay there. 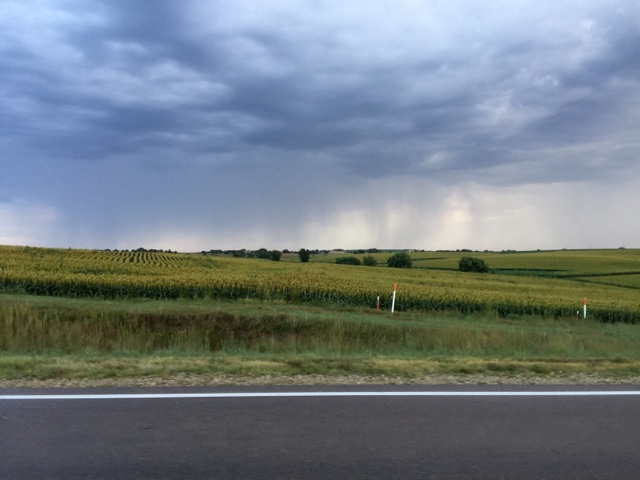 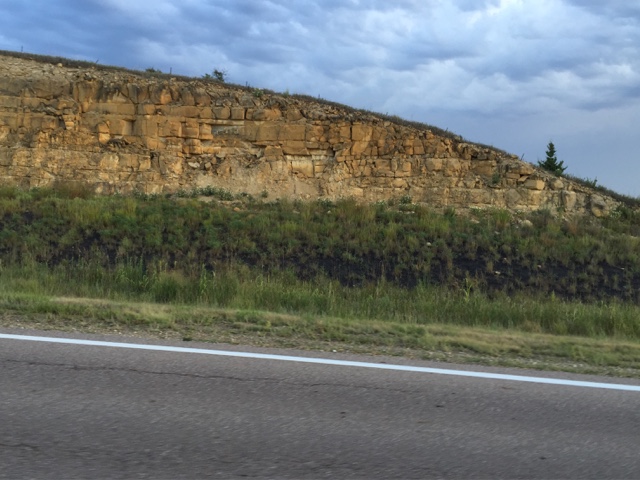 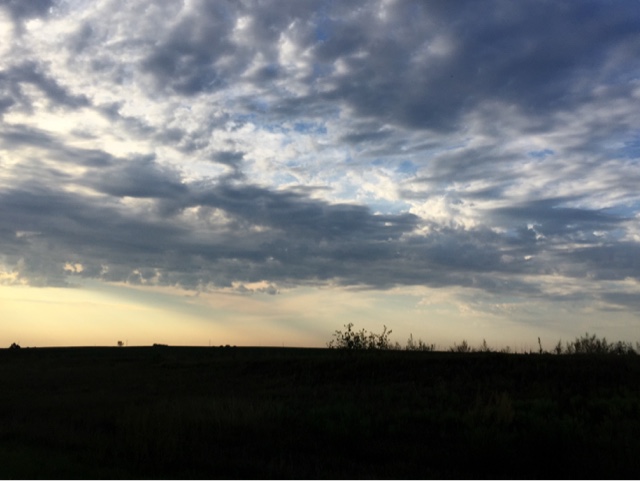 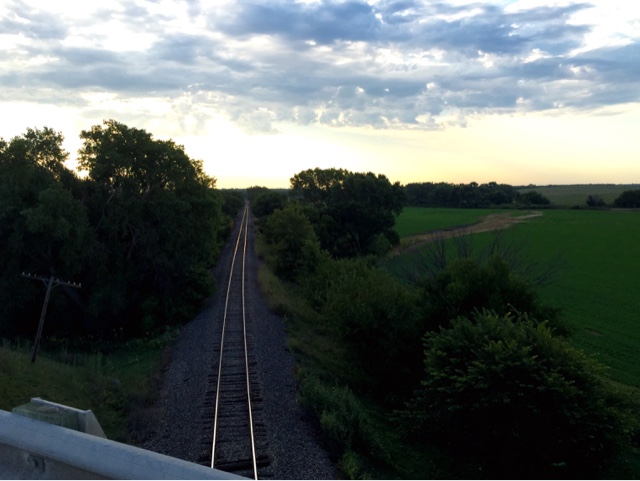 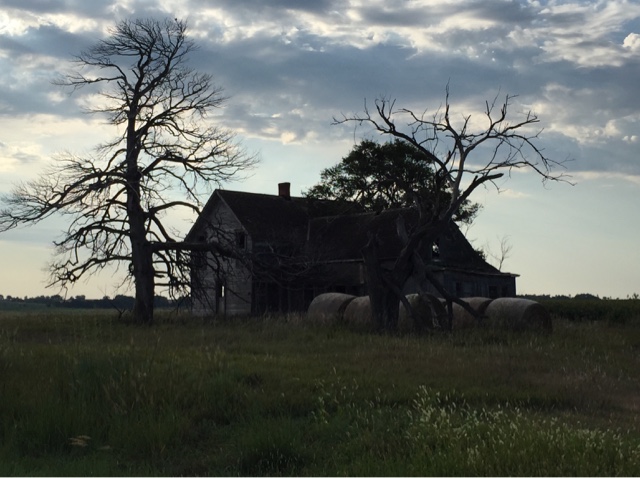 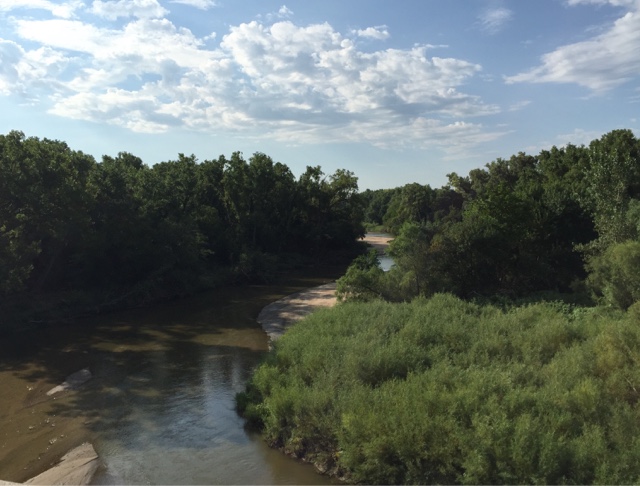 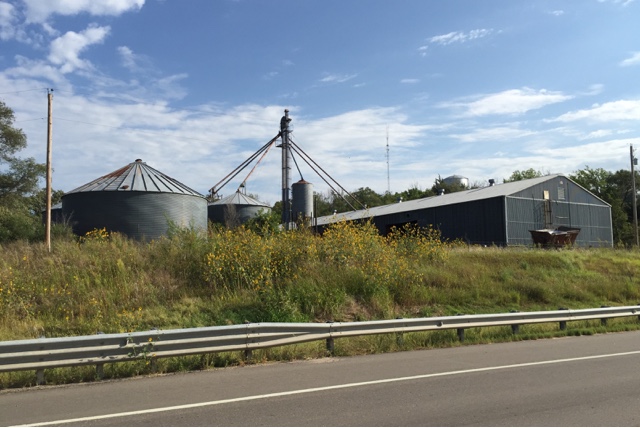 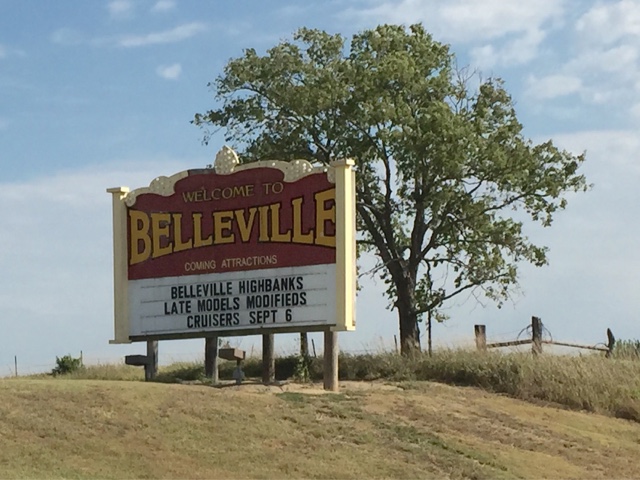 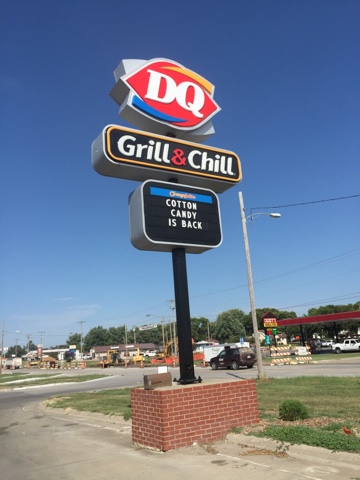