Contributions from the The Belleville Telescope.

District Court Judge Kim Cudney granted the City of Belleville permission to demolish the 1700 block of M in an eminent domain proceeding.

Dustin Zenger, Haddam, has been named director of the Republic County Highway Department.

The owners of Crossroads Floral file a challenge to the City of Belleville’s attempt to condemn the 1700 block of M, including their building.

USD 109 considers the addition of a modular unit to east overcrowding in East Elementary.

City officials confirm that Love’s Travel Stop plans to build a convenience store on US81 in Belleville.

The US Supreme Court ruled that Nebraska “recklessly” overused Republican River water in 2005 and 2006 and the court took the unprecedented step of ordering Nebraska to give up a portion of it unjust economic gains from keeping and using Kansas water.

Belleville Health Care Center announces plans to build a new 38 bed wing for residents at its facility.Republic County Hospital board of trustees entered into an agreement with HMG Healthcare LLC that the Long Term Care unit will be closed upon completion of the new addition to Belleville Health Care.

Construction on US36 through the Belleville city limits will begin Monday, March 9.

The Cuba Rock-a-Thon celebrated its 40th anniversary in 2015 and raised a record setting $40,000 for community improvements. The Cuba Booster Club estimates the event has brought in more than $540,000 to the community in four decades.

Best West Fabrication, located east of Scandia on US36, opens to provide design, construction and repairs with steel, aluminum and stainless steel.

A fire destroyed about half of a breed-to-wean facility near Mahaska owned by Livingston Enterprises.

Edward Jones will build a new facility on the east side of the 1900 block of M ST. Courtland native Kaleb Brzon, who has been working as a financial advisor with Jim Franey, Concordia, operates the business. Brzon coordinated the construction and purchase of building materials for the project through Belleville Hometown Lumber.

Belleville City voters overwhelmingly approved a half-cent sales tax to fund construction of a new municipal swimming pool. The vote passed 440 to 106, which was 546 of the city’s 1,500 registered voters casting ballots.

USD 109 board begins discussions about the possibility of a bond issue to build permanent classrooms at East Elementary, as well as other maintenance projects in the district.

Richard and Soni Raney announce the sale of their Raney Home Center business to Brent and Megan Melby. The Raney’s had operated the store since May 1, 1975.

Republic County is ransacked by storms Wednesday, May 6. Tornadoes destroyed a home south of Munden owned by Raymond and Kathy Splichal; and did extensive damage to Nesika Energy and Premium Feeders west of Scandia, as well as homes across the county.

Belleville is a step closer to getting the speed limit lowered to 50 mph on the US81 corridor through Belleville.

Don Westphal retires as elementary principal after 41 years in the Belleville and Republic County school districts.

Republic County Commissioners decide to commit $52,500 to fund all the applicants from Republic County on the Rural Opportunity Zone scholarship waiting list. The program matches state funding to provide up to $15,000 to student loan debt over 5 years to assist in retention and recruitment of educated workforce.

Pike Valley patrons announce plans for a foundation to benefit Pike Valley schools and the communities within the USD 426 boundaries.

Landon Wolters has opened the Belleville Chiropractic Clinic at 1325 18 ST.

Tiffany Hansen is sworn in as the newest member of the Belleville City Council. In all, five people sought the position.

Belleville is awarded a $350,000 Community Development Block Grant to build a walking trail and make improvements to the ball fields.

Luke Mahin was named a WeKan! Award winner by the Kansas Sampler Foundation for his work in his rural community. 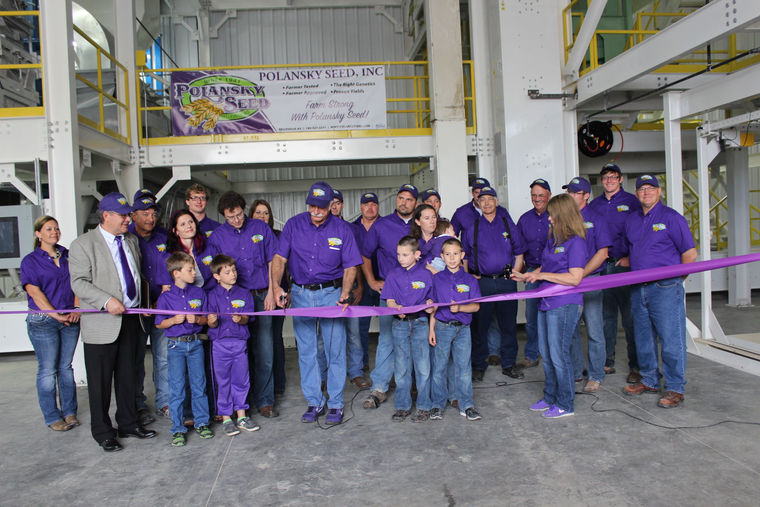 NCK Free Fair sees great turnout for exhibits, rides, and has much thanks to do for the volunteer work each year. Read more from the Telescope here.

Republic County producers and the Kansas Bostwick Irrigation District in Courtland were featured in an article by the Kansas Heath Institute titled Pumping the Economy. Read the article here.

Courtland’s 83-year-old Pinky—Duwayne Thomas— says he will retire for real after six decades as part of the Courtland business community.

The county should have enough sales tax collections in 2016 to pay off the renovation bonds at Republic County Hospital, and the hospital board begins discussions to switch the local funding for the facility from property tax to sales tax.

Reinke will be featured on the Science Channel show “How It’s Made”. The episode will highlight irrigation sprinkler, including pivot manufacturing and the erection of a system.

US HWY 36 Treasure Hunt continues to grow in it’s 10th year and put together a state-wide guidebook to celebrate towns from MO to CO along HWY 36.

Several local business owners have taken steps to keep their downtown Belleville buildings from falling down by repairing the aging stone and brick walls.

Herb Hoeflicker, who helped establish a radio station in Belleville, and Monte Miller, whose family owned the Belleville Telescope and other newspapers and radio stations in Kansas, are inducted into the Kansas Association of Broadcasters Hall of Fame.

RCED receives $25,000 in tax credits to raise money for the revolving loan fund via the E-Community Program from NetWork Kansas.

The bid to replace the Republican River bridge south of Republic was awarded to Bridges Inc., Newton, at a cost of $1.6 million. Republic County’s share is $480,000, but the county received grants of about $426,000 to help cover its share of the cost.

The Republic County High School Marching Buffs have been invited to march in the December 2016 Fiesta Bowl parade in Phoenix AZ.

A series of expansion projects in Belleville are all on target for completion the Belleville City Council learned, including a reduction of the speed limit on US81 to 50 mph; the construction on US36, Love’s Truck Stop; and the new city swimming pool.

Republic County was featured in the The Journal, by the Kansas Leadership Center. You can read the embedded article below or on their website starting on page 54. Featured in the article: Dan Douglas of Belleville Hometown Lumber, Vonda Cooper of Coles’ Appliance, Landon Wolters of Belleville Chiropractic, Tami Weizorek of M & T Appliance & Electric, and Luke Mahin RCED director. RCED wants to thank all the businesses and individuals that contributed to interviews but were not included in the article.

A $1 million Ducks Unlimited project at Jamestown Wildlife Area will allow another 430 acre of marsh to be flooded.

Mr. Goodcents Belleville location will close in December with an agreement with Love’s Travel Stops who will be bringing in a Subway to their new location. Melton said he made an agreement with Love’s Travel Stop officials that he will close Goodcents before Love’s opens. Love’s Travel Stop will feature a Subway. “I’m not upset that [Subway is] opening by any means,” he said. “We didn’t get pressured into [closing.]” Melton, who owns Goodcents with his wife, Lisa, said he made the decision to close the business more than a year ago. The Goodcents building is now for sale. “I think what we have coming in with Love’s is great for our town,” he said. Melton said he opened the Goodcents franchise 13 years ago with help from his parents. He was considering going to work for Melton Motors, the family business, before deciding to go into the sandwich business.

Check out this podcast featuring Republic County East Elm. STEM/Tech Integration teacher Mrs. Mahin. They talk about how to get grants for a maker space classroom and more. twitter.com/jennasau…